Former Director of strategy and prospective

André Broto is director of strategy and prospective at VINCI Autoroutes.

He joined Cofiroute in 1990 after 17 years at GTM, spent to the construction of ports and nuclear plants. He was director of construction (A86 and interurban network) since 1995. Since September 2008 he was deputy chief executive director, in charge of the construction and the prospective at Cofiroute. André Broto is also a member of the think tank of the URF (Union Routière de France) and the AIPCR (Association mondiale de la route) and of the scientific board of the “eco-conception” chair.

He published in 2008 an article in the Annales des Mines: “Les enjeux de mobilité du quotidien pour de grandes aires urbaines” where he develops the role of coaches in diary mobility. André Broto is an alumnus of the l’Ecole polytechnique and is a civil engineer of the École des Ponts et Chaussées.

André Broto is a member of the steering committee of La Fabrique de la Cité. 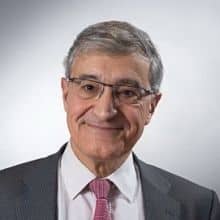