Where do the challenges to these major projects come from and what underlying tensions do they reflect? What do these protest movements tell us about the potential friction between our model of representative democracy and our political institutions? What do these movements propose, some of which call into question the existing processes of legitimizing the general interest? How can we integrate a democratic and participative component into the DNA of these urban projects? 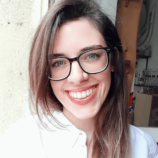