Brett Goldstein served as Chief Data and Information Officer for Chicago between 2011 and 2014 after being appointed by Mayor Emanuel Rahm. Today he has joined the University of Chicago (Harris School of Public Policy) where he works as a researcher and developer of strategic tools revolving around urban data.

Before becoming Chicagoís Chief Data Officer, he worked for the start-up OpenTable, an online restaurant reservations platform. He also founded the predictive analytics unit for the Chicago Police Department. He has a master in computer science from the University of Chicago and a master in criminal justice from Suffolk University. 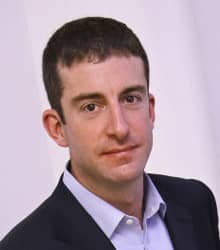