Carolien Gehrels was sworn in a second term as Deputy Mayor of the city of Amsterdam on May 27th 2010. After serving a first term (April 2006 – March 2010), Gehrels took the lead in forming a new Amsterdam administration after the 2010 municipal elections. She led the negotiations on behalf of the Social Democratic Party. As Deputy Mayor she is responsible for economic affairs, art & culture, water management, monuments, local media and public companies.

Carolien Gehrels is deeply rooted in the cultural life of the city. In her first term as deputy Mayor, she announced a new way of funding art and cultural institutions. In 2013 the deputy mayor will host Amsterdam’s celebrations of 400 year canals, the re-opening of the Van Gogh and Rijksmuseum and the international Waterweek in November.

Prior to working for the Amsterdam administration, Deputy Mayor Carolien Gehrels was managing director at Berenschot Citymarketing & Communications – an independent organizational consulting firm with 500 employees in the Benelux. 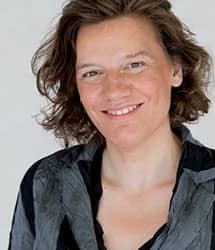