Damien Rajot is Stadiums Operational Director at VINCI Concessions. He began his career at various companies in the event-organization sector. At Eurosport (an organization belonging to Groupe Francom), he developed trade-marketing operations in association with major sports events.

From 1994 to 2000, he worked for Groupe Carrefour and took part in the creation of “France Billet,” which became the ticketing leader in France. At Groupe Carrefour, he held the positions of Commercial Director and Communications Director and was appointed to the Executive Committee.

In 2001, he joined Consortium Stade de France in order to develop activities for the general public as well as promote the stadium and the brand. His ticketing expertise was put to use for major world-class events, including the 2003 IAAF World Championships and at the 12 stadiums involved in the 2007 Rugby World Cup.

He was appointed to the Executive Committee of Stade de France in 2007. He joined VINCI Concessions in September 2011 to participate in the development of stadiums operated by VINCI Concessions. 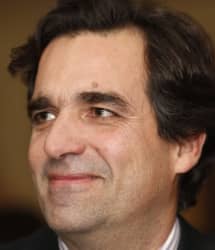