Denis Pingaud is president of Balises.

He has been Executive Vice-President of the OpinionWay polling and survey institute since May 2008. He is a communications expert and was Director of Strategic Planning and Design at EuroRSCG C&O (2004-2008), Assistant Executive Director at McCann Paris (2002-2004), Director of Communications and Development with Doctors without Borders (1998-2002), founder of Staff, a communications agency, and Mission Coordinator in the cabinet of Prime Minister Laurent Fabius (1984-1986).

Denis Pingaud began his career as a journalist at Matin de Paris (1979-1984) and is the author of several books, including “L’effet Besancenot” (Seuil, 2008), “La longue marche de José Bové” (Seuil, 2001), and “La Gauche de la gauche” (Seuil, 2000), “Secrets de sondages” (Seuil, 2013).Denis Pingaud is a graduate of the Institute of Political Studies of Paris and a winner of the CAPES of Economic and Social Sciences contest.

Denis Pingaud is a member of the steering committee of La Fabrique de la Cité. 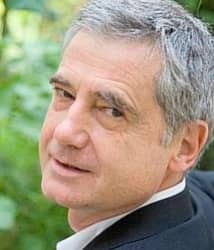