Architect and construction engineer, Eric Cassar is the Founder of ARKHENSPACES: an agile and innovative city planning + design + architecture studio based in Paris, with a focus on research, design and construction of new and sustainable contemporary spaces.

Since 2005, the studio has been working on theoretical and practical research subjects, especially concerning the concept of nspaces (connected environne- ments): Nd cities, digital and physical architecture relationship, subtle ar(t)chitecture. It manages projects mainly in the eld of culture, transportation, urbanism and housing. In 2010, Eric Cassar received the Pierre Cardin Prize from the French “Académie des Beaux-Arts“. In 2013, after a lecture tour in Taiwan, he was invited by the Kaohsiung Fine Art Museum where he presented Interstice Spaces: a hete- rotopia inside the city. He also nished The Case for Subtle Ar(t)chitecture, a critical essay that defines a forward-looking architectural approach based on nspaces concepts (published by HYX in 2016, bilingual edition).

In 2015, he is invited to present his vision of tomorrows’ smart-cities during a TEDx event. They combine fauna, ora, material and immaterial aesthetics. In 2017, ARKHENSPACES received the Great European Innovation Prize “Le Monde – Smart Cities“ for Endless Home, a new concept of living in the digital era. 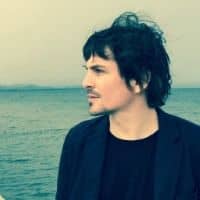