Guillaume Malochet is Communication Director of VINCI Construction. He was previously Director of Strategic Marketing for the Eurovia Group. He also was responsible for studies and partnerships for La Fabrique de la Cité. In these functions, he has spearheaded numerous collaborations with European and North American research institutions. He has been the driving force behind several research programs, in particular on the “phoenix cities” with the London School of Economics, the financing of urban infrastructures with EDHEC and PwC, urban data with MIT.

Guillaume Malochet holds a PhD in sociology from the National Conservatory of Arts and Crafts (Paris). A former student of the Ecole Normale Supérieure de Cachan and of the University of Oxford (Nuffield College), he was appointed Lecturer at the CNAM in 2009. He is the author of several books, among which “Prisons sous tensions” (2011, Social field) and “Theories of recognition” (2014, The Discovery).

Guillaume Malochet is a member of the steering committee of La Fabrique de la Cité. 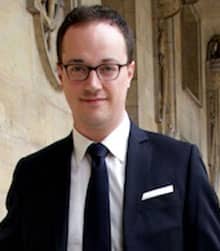