Jascha co-founded the digital strategy agency Blue State Digital (BSD), which oversaw Barack Obama’s digital campaigns in 2008 and 2012. He has worked as advisor for Code for America, a nonprofit that seeks to solve the challenges facing society by encouraging technological innovation. He was previously director of software development for AOL’s Digital Music Division. He has an MIT diploma in computer science.

He was appointed Chief Information Officer for Boston in June 2014. 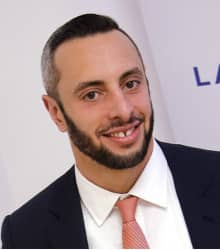