Jean SAVARD is Team Leader for Information and Coordination for Major Projects for the City of Montreal. For the past ten years, his areas of interest have been mobilizing key players and encouraging citizen involvement. The mandates that have been entrusted to him along with his curriculum at the faculty of urban planning at Montréal University have led to the development and subsequent implementation of a process of social acceptability with respect to the City of Montreal’s major urban-development projects.

He began his career with the City of Montreal in 1992, where he was entrusted with the strategic planning mandate for a vast housing promotion campaign in the city’s downtown core in an effort to foster the area’s residential vocation in cooperation with property developers. In the early 2000s, he was closely associated with Summit of Montréal, with the city’s economic development strategy (from 2005 to 2010), and with the design of a long-term development vision for Montreal (as part of an initiative called “Imagining/Building Montreal 2025”).

Jean Savard is a graduate of the journalism program at Québec University à Montréal and the management studies program at Hautes Études commerciales in Montreal. 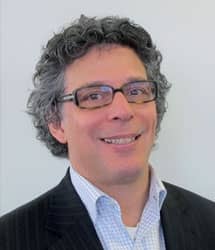