Born in 1963, Jérôme Stubler is a former student of the Ecole Polytechnique and the Ecole Nationale des Arts Métiers. He launches his career in 1989 at Freyssinet where he manages the construction of the bridge of Normandy, the bridge of Iroise, the offshore oil platform Hibernia, the bridge Vasco de Gama in Portugal.

Technical Director of Freyssinet in 1996, then in charge of large-scale projects since 2002, he has developed the company’s expertise in the domain of nuclear energy and created Nuvia, a subsidiary of Soletanche Freyssinet in nuclear energy. In January 2009, he becomes Chief Executive of Freyssinet, Terre Armée et President of Nuvia. 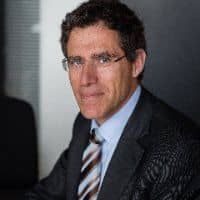