José Michaël Chenu is Strategic Marketing and Urban Development Director of VINCI. He was graduated from the École Supérieur des Travaux Publics. He also is graduated with MBA at the EM Lyon, with an Executive MBA from HEC and ICH (CNAM Paris) and Chartered Surveyor.

He held management positions for Quille Construction (Bouygues Group) and then for Sogea. Deputy Director general Ile-de-France of Building department between 2007-2010 and Deputy Director general between January 2010 and February 2013 of VINCI Construction France, he was named Strategic marketing and Urban Development Director of VINCI in February 2013, in charge of the “Greater Paris” project for VINCI. José-Michaël Chenu is a Chevalier of the Order of the Legion of Honour of the French Republic.

José-Michaël Chenu is a member of the steering committee of La Fabrique de la Cité. 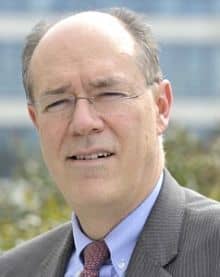