Zef Hemel is Deputy Managing Director of the Urban Planning Department of the City of Amsterdam since 2004.
He was before Director of the Academy of Architecture in Rotterdam (2001 to 2004), member of the think tank of the Ministry of Housing, Spatial Planning and the Environment in the Netherlands and secretary of the Advisory Board on Spatial Planning.

Since January 2012, he holds the Wibaut Chair at the University of Amsterdam as Professor of Urban Issues. He wrote “How to construct the camel. A new Architectural Museum for the Netherlands” (1989), “The landscape of the IJsselmeer polders. Planning, Layout and Design” (1994), “Creative Cities!” (2001) and “Free State of Amsterdam” (2010). 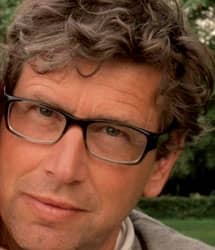