Jean-Claude Prager is the Director of Economic Studies with the Société du Grand Paris since September 2010.
The Société du Grand Paris is tasked with ensuring the completion of the Grand Paris Express, an automatic subway network 200 km from the city, and the development of stations’ surrounding areas. Prior to this, from 2004 to 2010, he was director of the ADIT, an agency for the dissemination of computer information, following a career in administration and director at various large corporations.

He is the author of numerous articles and reports, such as “the fundamentals of a dynamic regional development strategy”, written for the Presidency of French Republic, a paper co-written in 2009 with C. Saint-Étienne and J.-F. Thisse. His latest published works are: “18 lessons on economic policy”, written with F. Villeroy de Galhau, 2nd ed., 2006 Le Seuil (2003 Wolowski Prize from the Académie des sciences morales et politiques, spe- cial prize of the “Prix du livre d’économie”), and “The unequal development of regions,” with J.-F. Thisse, at Routledge, New York in 2012. Soon to appear under the co-direction with T. Madiès and D. Guellec is “The market of patents in the knowledge economy,” at Cambridge University Press.

A graduate of the Ecole Polytechnique, the école nationale de la statistique et de l’administration économique, Université de Paris and the IHEDN, Mr. Prager has taught at several universities (most recently at Paris Dauphine and Sciences Po Paris). He is an expert resource on questions regarding innovation with the European Commission, Delegate General of the Cercle Santé Société, president of X-Economie/Démographie group and a member of the Société d’Économie Politique.

Jean-Claude Prager was a speaker at the International Seminar of The City Factory from July 3 to July 5, 2013, in Stockholm. 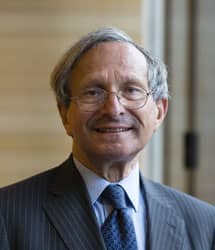