Claes Tellman has been Head of Communications at Klarna since 2012. He has also been a management consultant at CLT Consulting since 2012.

Previously he worked, inter alia, at Net Entertainment as Communications Director & Special Projects, at Casino Cosmopol as CEO and at Coca-Cola as External Affairs Manager.

He is a graduate of IHM Business School in Sweden and holds an MBA from the Stockholm School of Economics.

Claes Tellman was a speaker at the International Seminar of The City Factory from July 3 to July 5, 2013, in Stockholm on “How is the development of e-commerce transforming the city?” 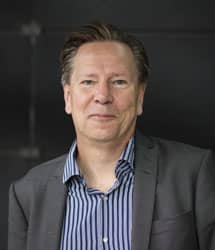