Since 2014 Marieke Schenk is project manager at the Dutch Expertise Centre on Open Government, commissoned by the Dutch Ministry of Internal Affairs. After working for a mediaresearch company where she lead numerous researchprojects for multinationals and government organisations, Marieke Schenk continued her career working for the public sector on the intersection of policy and IT.

From 2013 onwards, open data and Open Government became her field of expertise. For her master thesis in Public Information Management, she conducted several case studies in Dutch cities on how they handle and use open data. 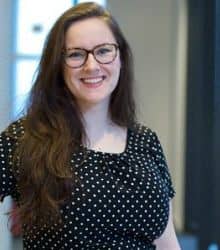