Professor of Marketing, Design and Creation

Nicolas Minvielle is professor of design and strategy at the Audencia of Nantes since 2008.

He begins his career as brand manager at Phillippe Stark until 2007. In 2005 he founds his own design consulting agency and seven years later, he cofounded the Creativist a strategy consulting agency. Nicolas Minvielle is a specialist of Design Thinking and Business strategy and he published several books on those subjects as “Are You Design? Du Design Thinking au Design Doing” at Pearson, and he is about to publish a co-written book with Olivier Wathelet et Anthony Masson: “Jouer avec les futurs”, on the “design fiction” in companies. He also was the laureate of the chancellery of Paris universities in 2004 for his doctorate in applied economics. Nicolas Minvielle is graduated from the EHESS, the IEPS, the Harvard University Graduate School of Education and the University of Kyushu.

Nicolas Minvielle is a member of the steering committee of La Fabrique de la Cité. 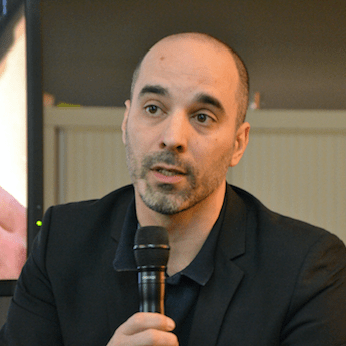