Born in 1970, Nicolas Notebaert is a graduate of the Ecole Polytechnique (X 89), the École Nationale des Ponts et Chaussées (Ponts 94) and holder of an MBA. Consultant at the World Bank in 1994, he held various positions in the Ministry of Infrastructure between 1995 and 2002, in the DDE (Departmental Infrastructure Directorate – DDE) and on the staff of the Minister. He joined the VINCI Group in 2002 as head of the Operations Department at Cofiroute and moved to VINCI Concessions in 2004 as Director of Business Development, France. In February 2008, he was appointed Chairman of VINCI Airports and became a member of the Executive Committee of VINCI Concessions. In June 2016, he was appointed Chief Executive Officer of VINCI Concessions. 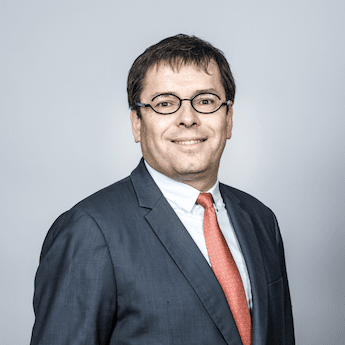