Born in 1956 and trained as an engineer, Olivier de la Roussière began his career with Bouygues before joining Sorif in 1984, a VINCI subsidiary renamed VINCI Immobilier in 2005 after its merger with Elige, another subsidiary of the group dedicated exclusively to residential property.

Within Sorif, Olivier de la Roussière climbed the ranks and became President of VINCI Immobilier in 2006. 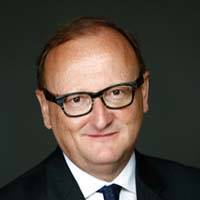