Paul Lecroart is an experienced urban planner and designer in France and internationally. As Senior Planner with the Planning Agency for the Paris Region (IAU Ile-de-France), he conducts work on strategic regional plans and major projects in the Paris Metropolitan Region, including the Olympic Study (2014-2015). Drawing on the experience of cities such as Seoul, San Francisco, New York, he is currently carrying research on expressway transformation in the Paris Region.

Paul Lecroart also works on sustainable spatial strategies and innovative approaches in cities such as London, Tokyo, Copenhagen-Malmö, the Ruhr Region or Medellin. He has extensive experience in strategic expertise and planning workshops in many cities (Bodø, Cali, Teheran, Johannesburg, Changzhou, Montréal). Since 2014, he has been a member of the International Advisory Board for the 4th New York Regional Plan. Paul Lecroart has advised the Metropolitan Projects Commission of Paris Métropole association of governments and co-leader of the Call for Metropolitan Initiatives (2010-2012). He was a Commission Coordinator for the Metropolis World Association on the Impact of Major Events on Large Cities (1999-2002).

Involved in design workshops for the Planning & Design Club of the French Federation of Urban Planning Agencies (FNAU), he is also a member of the Program Committee of the International Grand Paris Workshop (AIGP). UCLA fellow, he teaches at Sciences Po and at the École d’Urbanisme de Paris, University of Paris-Est. In the past decade, he has spoken in over 30 conferences or seminars in France and abroad. 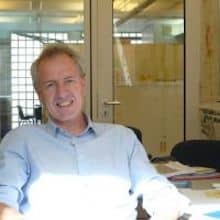