Philippe Rahm (born in 1967) is a Swiss architect, Principal in the office of Philippe Rahm architectes, based in Paris, France. His work, which extends the field of architecture from the physiological to the meteorological, has received an international audience in the context of sustainability.

He starts to teach architecture design at the GSD, Harvard University, USA, in Fall 2014. In 2002, Mr. Rahm was chosen to represent Switzerland at the 8th Architecture Biennale in Venice, and was one of the 25 Manifesto’s Architects of Aaron Betsky’s 2008 Architectural Venice Biennale. His recent work includes the First Prize for the 70 hectares Taichung Gateway Park (Jade Eco Park) in Taiwan currently under construction, an Exhibition architecture for the Luma Foundation in Arles, France, an office building project of 13,000 m2 at La Défense in France for the EPADESA, a convective condominium for the IBA in Hamburg, Germany.

Monographic books include Physiological Architecture published by Birkhaüser in 2002, Distortions, published by HYX in 2005, Environ(ne)ment: Approaches for Tomorrow, published by Skira in 2006, Architecture Météorologique published by Archibooks in 2009 and Constructed Atmospheres published by Postmedia, Milan, Italy, in 2014. Mr. Rahm was a resident at the Villa Medici in Rome (2000). He has lectured widely, including at Yale, Beijing Forum, UCLA and the ETH Zürich. 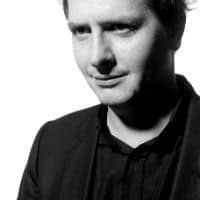