Chairman of Eurovia and VINCI Construction

Pierre Anjolras was born in 1966, is a graduate of the École polytechnique and a civil engineer. In the past, he worked for the Loire-Atlantique Department of Infrastructure and then for the European Commission’s Directorate-General for External Relations, before joining the VINCI Group in 1999 as the Regional Director of Sogea Sud-Ouest. In 2004, he became the Chief Operating Officer of Cofiroute before being appointed as Chief Executive Officer of ASF in 2007. From May 2010 he was the Deputy Executive Officer of Eurovia in charge of International and Public-Private Partnerships. Pierre Anjolras has been appointed as Chairman and Chief Executive Officer of Eurovia with effect from 1 March 2014, and becomes a member of VINCI’s Executive Committee. He becomes Chairman of Eurovia in 2016 and Chairman of VINCI Construction in 2021. 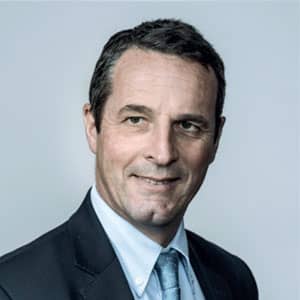