Stephen Goldsmith is the Daniel Paul Professor of the Practice of Government and the Director of the Innovations in American Government Program at Harvard’s Kennedy School of Government.

Stephen Goldsmith previously served as Deputy Mayor of New York and Mayor of Indianapolis, where he earned a reputation as one of the country’s leaders in public-private partnerships, competition, and privatization.
Stephen Goldsmith was also the chief domestic policy advisor to the George W. Bush campaign in 2000, the Chair of the Corporation for National and Community Service, and the district attorney for Marion County, Indiana from 1979 to 1990.

His latest book is The Responsive City: Engaging Communities Through Data-Smart Governance, coauthored with Susan Crawford. 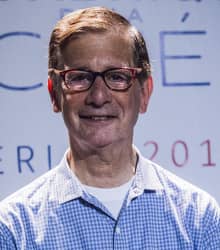