Since first being elected as Councillor in 1998, he has held a number of positions within the Council. His current role, which he has held since 2006, is cabinet member for Community Affairs. This role involves working closely with the nine Community Forums and their Steering Groups as well as the other councillors, community lead councillors and the directly elected Mayor. His role also involves helping to develop Newham Council’s innovative influential councillor scheme, which seeks to ensure that ward councillors can fulfill their role as advocates of their local community, helping to influence policies and deliver improvements in service delivery.

Richard Crawford has also represented the Council on cross London organizations, such as the Association of London Government (now London Councils). Within the Council he has held the post of the deputy chair of the overview and scrutiny committee and he has sat on a number of scrutiny commissions. During his early years living in Newham, he was one of the founding members of the Clay’s Lane Housing Co-Op where he lived until the area was chosen as the site for the Olympic Park. The Athlete’s Village now stands on the space where it will be converted to homes for local people once the Games have left town. 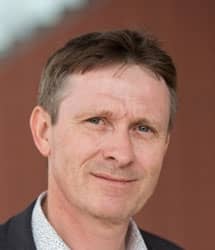