Director of the city department "Urban research and statistics"

Timo Cantell is Director of City of Helsinki Urban Facts. Urban Facts, established in 1911, is a city department that produces urban statistics and urban research serving the interests of the City of Helsinki administration, citizens and the business sector. The City Archives also forms part of the department. In the past few years Urban Facts has specialized in open data and its promotion.

Cantell has a doctorate degree in Sociology. His research work deals with major urban events and their impacts. Prior to Urban Facts he worked as Professor of Arts Management at the University of the Arts Helsinki (Sibelius Academy).

Timo Cantell is a member of the steering committee of La Fabrique de la Cité. 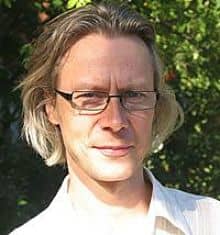