Virginie Dumoulin-Wieczorkiewicz is Cabinet Director at the Secretary of State for Biodiversity (Ministry of Ecological Transition) since August 2020.

Virginie Dymoulin-Wieczorkiewicz has worked for the Ministry of Ecological and Solidarity Transition and for the Ministry of Territorial Cohesion and Relations with Local Authorities, as a permanent member of the General Council of Environment and Sustainable Development in 2019 and 2020. She worked in the Environment, Resources and Risks section.

She was previously Director of European and International Affairs of the two ministries since January 2017. In this capacity, she led and implemented the international and European policy and strategy of the ministries, with a specific approach to the topic of the sustainable city. This post of Director in charge of European and International Affairs followed the beginning of her professional career as being Infrastructure-Energy-Environment Councellor in the French Embassy in Warsaw, Poland (2007-2012), and as Transport Advisor to the Permanent Representation of France to the European Union from September 2002 to September 2007, where she acquired her expertise in European construction.

Virginie Dumoulin also worked from March 2012 to December 2016 in the Directorate of Water and Biodiversity of the Ministry of the Environment as Deputy Director, after serving as Head of unit for territorial action and water legislation. During this period, she contributed to the adoption of the law for the recovery of biodiversity and landscapes, the creation of the French Agency for Biodiversity and supervised several public institutions in charge of environmental policies (Water Agencies, Public Establishment of the Marais Poitevin, National Forestry Office, etc …).

She has a law master degree (University Paris 2 Panthéon-Assas), a diploma in political science (IEP) and is a former student of the National School of Administration.

Virginie Dymoulin-Wieczorkiewicz is a member of the steering committee of La Fabrique de la Cité. 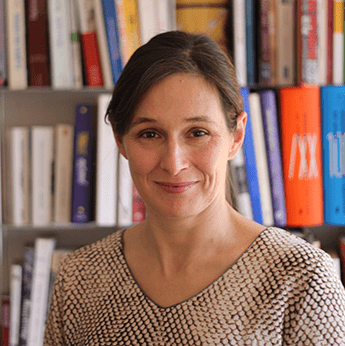