An expert in sustainable development and specifically on urban metabolism since the beginning of his career, Arjan Van Timmeren has led myriad studies for which he was awarded several international prices such as “Sustainable Urban Regeneration based on Energy Balance” (2012); “Between Urban Form and Urban Resilience” (2014); “Equalization of Costs and Benefits of Sustainability Measures in Area Development” (2014). Arjan Van Timmeren holds a PhD from the Technological University of Delft.

He was the scientific director of the Amsterdam Institute for Advanced Metropolitan Solutions (AMS Institute). The AMS Institute signed a partnership with La Fabrique de la Cité in 2016.

Arjan Van Timmeren is a member of the steering committee of La Fabrique de la Cité. 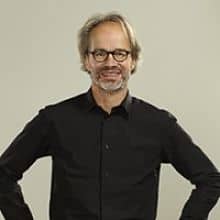