Bruce J. Katz is the inaugural Centennial Scholar at the Brookings Institution, where he focuses on the challenges and opportunities of global urbanization. Katz assumed this role in January 2016 after 20 years as the Vice President and co-Director of the Brookings Metropolitan Policy Program, which he founded in 1996.

He is also co-author of The Metropolitan Revolution (Brookings Press, 2013), which argues that cities have become the vanguard of policy innovation and problem-solving. As Brookings’s only centennial scholar, Katz and his team collaborate with experts throughout Brookings and beyond to develop new models of nance, growth, and governance in cities and nations. He regularly advises cross-sector metropolitan, national, and global leaders on public reforms and private innovations that advance the well-being of metropolitan areas and their countries. Katz heads the Anne T. and Robert M. Bass Initiative on Innovation and Placemaking, a collaboration with the Project for Public Spaces.

Before Brookings, Katz served as Chief Of Sta to Housing and Urban Development Secretary Henry Cisneros and was the Senior Counsel and then Sta Director for the U.S. Senate Subcommittee on Housing and Urban A airs. In 2008, he co-led the housing and urban issues transition team for the Obama Administration and served as a Senior Advisor to the new Secretary of Housing and Urban Development Shaun Donovan. In 2006, he received the prestigious Heinz Award in Public Policy. Katz is a graduate of Brown University and Yale Law School, and is a visiting Professor at the London School of Economics. 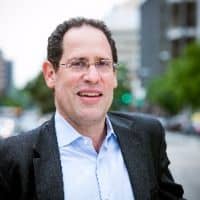