Céline Acharian joined La Fabrique in September 2022 as Managing Director. A former student of the École normale supérieure (Philosophy, 96), Céline holds a degree in Modern Literature, a Master’s in Philosophy and a Master’s in Political and Social Communication. After a few years of teaching, she gained experience in journalism and communications in agencies and NGOs.

In 2006, she joined Inria, the French National Institute for Research in Digital Science and Technology as head of Partnerships and Public Affairs. She then joined the Communications department, where she held various editorial and managerial positions and became Director of Communications in 2012. For ten years, she worked closely with researchers in digital science and at the core of innovation ecosystems.

She left the digital field for the world of energy in 2017 and took over the head of Communications and Digital of the French Nuclear Safety Authority (ASN). This public authority is responsible for controlling the safety of nuclear facilities, but also for the protection of people and the environment. Public information sits at the centre of its concerns, particularly in times of crisis. Céline Acharian was also in charge of initiating and supporting the digital transformation of the ASN and drawing a policy framework for involving all stakeholders.

Céline is the mother of four children. 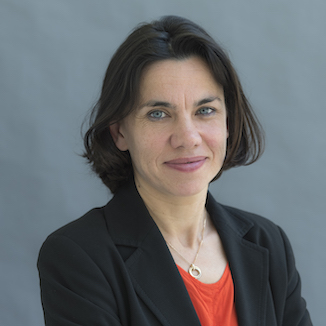