Cyril Roger Lacan is the co-founder and Chief Executive Officer of Tilia, which was created in 2009 to propose to local governments a partnership model to reinforce and modernize public management for main services by improving the public governance. Cyril Roger Lacan spent the main part of his 25 years long career working for the environment, the modernization of public services in the sector of energy and water, environmental utilities and main public services.

Expert for the national debate on the energetic transition, he presided a group of experts devoted to the governance of energy and animated several regional debates. He headed, since the creation of Tylia, several projects on regional energetic transition with cities, regions, national public establishments and public companies. Before the creation of Tylia, his career associated a public experience and regulation in energy, environment and infrastructures domains. He also has a managerial experience in environmental urban services. Member of the Conseil d’Etat since 1991, where he was public rapporteur for years, he has a precise knowledge of the different ways to manage and organize French public services.

From 1997 to 2008, after he directed the first Chinese concession in the domain of environment (1997), he directed for 8 years (2000-2008), as Chief Executive Officer the activities of huge company of environmental services in Europe where he created new forms of public-private-partnership, mainly in the UK, Germany, Benelux and Central Europe. He is author of more than 50 articles and publications on environment, energy, urbanism and economics regulation issues.

Cyril Roger Lacan is a member of the steering committee of La Fabrique de la Cité. 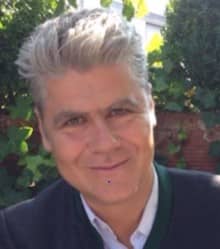