Dominique Bureau is General Delegate of the Economic council for sustainable development, he is also Chairman of the Green Economy Comittee for the French Ministry of Ecology, Sustainable Development and Energy and Chairman of the French Public Statistics Authority. He’s also a lecturer at the École Polytechnique and chairs the steering committee of its Sustainable Development Chair. Dominique Bureau is also the president of the committee for an ecological fiscalism (CFE) since January 2016.

Author of scientific articles in applied public economics, as « Public transport infrastructure, urban sprawl, and post-carbon cities (2011) ». Dominique Bureau participated in many administrative reports as a rapporteur or a co-rapporteur like those of Marcel Boiteux on transport investment choices or those of Paul Champsaur on the opening to competition of telecoms and electricity, those with François Bourguignon on fiscalism and return to employment, the report on the financing of green growth or a report for an ecological taxation. Dominique Bureau is an alumnus of the École Polytechnique and the École Nationale des Ponts et Chaussées.

Dominique Bureau is a member of the steering committee of La Fabrique de la Cité. 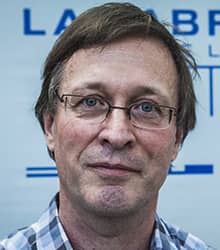