Finn Geipel is co-founder of LIN, a European agency for architecture and urbanism, based in Berlin and Paris. Finn founded LIN in 2001 together with Giulia Andi. In 2000, he initiated LIA (Laboratory for Integrative Architecture), the research branch of LIN.

Finn Geipel also founded LABFAC, the Laboratory for Architecture, which is collective of architects and artists with Bernd Hoge and Jochen Hunger in Stuttgart in 1983. In 1987, he opened the studio LABFAC Paris with Nicolas Michelin.

Finn Geipel is a full-time professor at the Technical University of Berlin.

He has also taken part in numerous guest-teaching positions as a visiting professor at École Spéciale d’Architecture (ESA) Paris, Escola Tècnica Superior d’Arquitectura (ESARQ) Barcelona, Columbia University New York and Massachusetts Institute of Technology (MIT) Boston-Cambridge. Since 2012, Finn Geipel has been a member of the cluster of excellence “Bild Wissen Gestaltung – Ein interdisziplinäres Labor” (Image Knowledge Gestaltung. An Interdisciplinary Laboratory) at the Humboldt Universität Berlin, which combines 22 different disciplines in forming a sustainable scientific research platform. He is also a member of the scientific advisory board for the Atelier International du Grand Paris (AIGP).

Time, openness, adaptability and context-specificity are important themes in Finn’s work, as apparent in early projects including the design for a temporary roof for the Nîmes arena, and the École nationale supérieure d’Art de Limoges.

Finn Geipel graduated from The Technical University of Stuttgart in 1987. 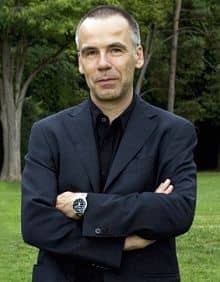