François-Brice Hincker is an alumnus of the École Normale Supérieure de Fontenay/Saint-Cloud and has an agrégation in philosophy. He was researcher in philosophy from 2002 to 2010 in the University of Caen – Basse-Normandie and the University Paris IV. Simultaneously he headed activities in the audiovisual production, cultural events and media.

He joined Vinci in 2010 firsty as Director of Communications of Cofiroute and of Fondation VINCI Autoroutes “pour une conduite responsable”. There he notably developed the multimedia platform “roulons-autrement.com” with the actor Patrick Chesnais and his association Ferdinand. He also launched national awarness campaigns on road security directed by cineasts as Guillaume Canet or Eric Nakache and Olivier Toledano.

François-Brice Hincker is a member of the steering committee of La Fabrique de la Cité. 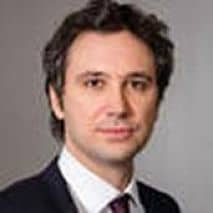