Mathieu Dunant is an alumnus of the Ecole Polytechnique and the Ecole Nationale des Techniques Avancées. He began his career in a consulting agency. A few years later he created a startup specialized in internet networks. In 2003 he joined the RATP as director of the engineering of the inboard systems and then as director of the metro line 14.

In 2009, he was named as Executive Director of RATP DEV America in New York. In 2012 he came back to Paris to become the Executive Director of the Business Unit America/Africa of RATP DEV.He joined Systra in September 2014 as deputy CEO and member of the administrative board. Since 2016 he is also in charge of the international region EME (South, Mediterranean Europa) and of the innovation department. In 2019, he leaves RATP to join the CRIT group.

Mathieu Dunant is a member of the steering committee of La Fabrique de la Cité. 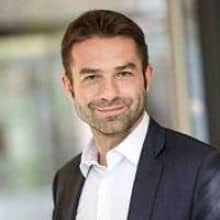