Scott Wardrop has over 28 years’ experience in the construction industry, is a Chartered Civil Engineer and is a Fellow of both the Chartered Institute of Highways and Transportation and the Institute of Directors.

Having joined the company in 1998, Scott was promoted to Managing Director of the Group’s specialist treatments business in 2001 and in 2003, to the main highway service business. In 2007, Scott become the Chief Executive of Eurovia UK’s operations, covering contracting, production and highway service companies including Eurovia UK’s highway service joint venture and PFI companies.

Scott is a member of the Eurovia SAS committee of direction “CODOR” and also had an interim role overseeing the Indian business of Eurovia. Scott has overseen the growth and strategic development of the UK businesses through challenging economic times, achieving a turnover of £650m and employing over 5100 people in 2015.

Scott Wardrop is a member of the steering committee of La Fabrique de la Cité. 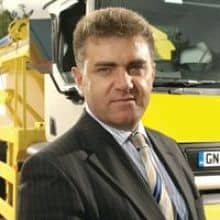